Re: DAY #101 Time for Canada to show leadership in global effort to vaccinate developing countries

For more than three months now, on behalf of Biolyse Pharma, I have made  repeated entreaties to staff in your office and officials in your department and at Health Canada to have vaccines for Covid-19 added to Schedule 1 of the Patent Act under Canada’s Access to Medicines Regime (CAMR).  To date, my efforts have been met with nothing but stonewalling.  Under the present circumstances, with a global pandemic raging and poorer countries facing untold loss of life that would be unfathomable to most Canadians, this isn’t just unacceptable, it is un-Canadian. It is also anathema to the very principles the Prime Minister claims to stand for and that he has long proclaimed so boldly on the world stage.

As you must surely know by now, only products on Schedule 1 can be the subject of a compulsory licence for export under CAMR.  Therefore, having the Covid-19 vaccines added to Schedule 1 is a necessary first step for a company like ours to produce and export a low-cost version of such a vaccine to an eligible developing country grappling with a public health emergency because of the pandemic. In the case of Biolyse, we’ve already had just such a country, Bolivia, self-identify as wishing to purchase a low cost Covid-19 vaccine from us.  And yet to date, not only has your Government failed to take any of the steps necessary to add these products to the Schedule, which is a simple matter of seeking an Order-in-Council from Treasury Board, it refuses to even provide a straight answer on what the criteria or considerations are for doing so.  Your refusal to answer this most basic of questions took an unprecedentedly absurdist bent this past month when a spokesperson for your department made the following statement in response to a media inquiry on this question from Zachary Brennan, Senior Editor at Endpoints News:

“It’s important to note that adding a COVID vaccine to Schedule 1 would not allow a compulsory license for the production and export of these vaccines. A company seeking authorization under Canada’s Access to Medicines Regime must be able to manufacture the drug and conduct necessary trials to establish that the drug meets Canadian safety and efficacy requirements before authorization would be granted,” she said.

Are Canadians to understand then, based on this statement, that your Government’s position is that, as a condition precedent for having a product listed on Schedule 1, a third party company like Biolyse must first demonstrate that it can manufacture a competing version of the product and have obtained a Notice of Compliance (NOC) from Health Canada?  If that is indeed the case, we can find no legal basis for that interpretation of CAMR.  Indeed, when the Liberal Government under Jean Chretien tabled Bill C-56 in November of 2003, the legislation that ultimately gave rise to CAMR the following year, there were already 45 patented products on Schedule 1.  The Government’s clause-by-clause that was reviewed by Parliamentary committee on second reading stated:

“Section 21.02 sets out a series of definitions to apply in this part of the Act, including one for “patented product,” which is defined as a product that one could not make, construct, use or sell in Canada without the consent of the patentee (patent holder), because to do so would infringe a patent. This broad definition is intended to be consistent with the 30 August Decision and to include not just pharmaceuticals per se, but also diagnostic or prophylactic products. The term “pharmaceutical product” includes those patented products listed in Schedule 1 to the bill.”

The clause-by-clause further explained that the initial composition of Schedule 1 included all of the products on the World Health Organization’s (WHO) essential medicines list that were patented in Canada. As many if not most of these products had no competing generic version on the Canadian market at the time, a requirement that a third party company have produced the product and obtained an NOC from Health Canada could not have been the Government’s original policy rationale for eligibility on Schedule 1. Moreover, since that time, the Government has moved to amend Schedule 1 on two separate occasions – first in 2006 to add Tamiflu to the Schedule and second, in 2015 to add three more patented drug products – and in neither instance was there any indication that a company stood poised to enter the market with a generic version of these drugs or that this was a condition precedent for their admission to the Schedule.

The absurdity of your Government’s position in this matter becomes even more apparent when one considers that it places the onus on the third party manufacturer to assume all the risk associated with reverse engineering a competing version of a patented drug and undertaking all of the clinical work needed to secure an NOC, with no guarantee that it will actually be added to Schedule 1 by the time the company is in a position to export it to a needy developing country.  In what universe would any company – even the most altruistically minded – roll the dice in this manner when there is no indication that the Government harbours the same altruism toward the less fortunate of this world?  Your Government has fallen far from the ideals it espoused at the time of CAMR’s tabling in Parliament, as expressed so eloquently by your predecessor’s Parliamentary Secretary, Serge Marcil, in his sponsoring speech on second reading of Bill C-56:

“Madam Speaker, I think that yesterday was a historic day for the Canadian government. One of the best parts of the legacy the Prime Minister will be leaving is Bill C-56.

For many years, stakeholders in the non-government organizations and the developing countries have asked western governments to help in the fight against debilitating illnesses, epidemics and other illnesses found in these areas.

We cannot and must not ignore the problem, be navel gazers and only criticize what happens at home. While striving to improve our own lot, we forget about the needs of people in the rest of the world.

Today, we are setting an example, but we are also inviting other western countries to imitate Canada and do what we are doing today. Hopefully, we will get the support of the United States, France, Germany, Great Britain and others countries, all members of the World Trade Organization and the G-7 who like to make a great show of their economic power every year. I hope that from now on these countries will start to reflect on the fact that the planet does not belong only to a minority, but to everyone. Everyone has a place on this planet.

All those who have the privilege of living in a healthy environment should turn to those in need and help them. These people have a right to the same human respect, they need our help and they need to live.”

It has become apparent from my recent dealings with your staff and officials, that your Government is refusing to add Covid-19 vaccines to Schedule 1 simply because it does not believe that Biolyse is capable of producing an alternate version of one of these products.  I don’t know what more I can say to convince you otherwise, but, regardless, adding these products to Schedule 1 remains the right thing to do.  Sadly, all the hard won goodwill that Canada enjoyed from being the first country to implement the 2003 WTO Waiver through CAMR has been squandered in recent months.  We used to be respected globally as a country that understood where to strike the balance between human and intellectual property rights, but we have abdicated our leadership position on that issue to, of all countries the United States, which has long been the champion of big pharma and a proponent of the strongest possible IP protection for pharmaceuticals internationally.

It strikes me that a very cynical political calculus lies at the root of your Government’s intransigence in this matter.  You are fearful that adding Covid-19 vaccines to Schedule 1 will incur the wrath of the pharmaceutical industry and Canadians will punish you at the polls for being seen to put the health of people in developing countries ahead of their own. With the greatest of respect, I think this does a terrible disservice to the people of this country. Canadians have always prided themselves on seeing beyond their own immediate self interests, especially in other’s times of need. In our lifetimes, there has never been a greater need for anything globally than for these vaccines at this moment.  Canadians understand this and will reward you for your faith in their character.

Bono, the lead singer in the rock band U2, once said, in reference to Canada’s leadership position on the 2003 WTO Waiver and the tabling of the CAMR legislation “the world needs more Canada”.  On the night he was first elected, your own Prime Minister said “Canada is back”. The past few weeks of the pandemic have been especially difficult for our country, as we confront the worst sins of our colonial legacy and also the reality that the forces of hatred and intolerance that were once so pervasive in our society endure to this day.  The best that can be said of our founding fathers is that they did not know any better.  There will come a day when decisions about the hoarding of vaccines by developed countries are laid bare for history’s reckoning. Does anyone truly believe those future historians will make the same claim of us?  The fact is, we do know better. Canadians know better.  The world is watching Canada right now and wondering who we really are. Please give us a fighting chance to show them.

One last time, I ask that you please add the Covid-19 vaccines to Schedule 1 without further delay. 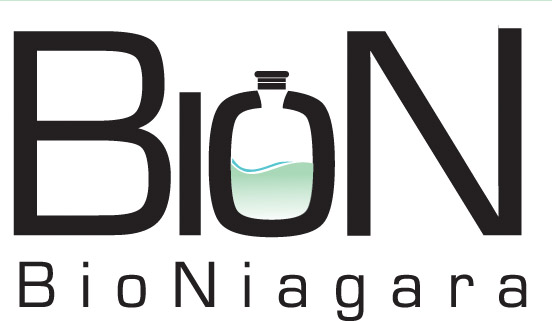